Edwin Eugene 'Buzz' Aldrin Jr. is an American engineer and former astronaut. As the Lunar Module Pilot on Apollo 11, he was one of the first two humans to land on the Moon, and the second person to walk on it..[1]

The nickname "Buzz" originated in childhood: the younger of his two elder sisters mispronounced "brother" as "buzzer", and this was shortened to Buzz. Aldrin made it his legal first name in 1988.

The Aldrin Bubble in Artemis is named after him.[2]

Aldrin was selected as a member of the third group of NASA astronauts in October 1963. Because test pilot experience was no longer a requirement, this was the first selection for which he was eligible. After the deaths of the original Gemini 9 prime crew, Elliot See and Charles Bassett, Aldrin and Jim Lovell were promoted to backup crew for the mission.

The main objective of the revised mission (Gemini 9A) was to rendezvous and dock with a target vehicle, but when this failed, Aldrin improvised an effective exercise for the craft to rendezvous with a co-ordinate in space.

He was confirmed as pilot on Gemini 12, the last Gemini mission and the last chance to prove methods for extravehicular activity (EVA). He set a record for EVA, demonstrating that astronauts could work outside spacecraft.

Aldrin was chosen for the crew of Apollo 11 and made the first lunar landing with commander Neil Armstrong on July 20, 1969. The next day, Aldrin became the second person to walk on the Moon, keeping his record total EVA time until that was surpassed on Apollo 14. Aldrin's first words on the Moon were "Beautiful view." Then, in response to Armstrong asking, "Isn't it magnificent?", he responded, "Magnificent desolation." He was also the first person to urinate while on the Moon.

There has been speculation about the extent of Aldrin's desire at the time to be the first astronaut to walk on the Moon and its impact on his pre-flight, in-mission and post-flight actions. According to different NASA accounts, the Lunar Module Pilot had originally been proposed as the first to step onto the Moon's surface in early versions of the EVA checklist, and when Aldrin became aware that this might be amended, he lobbied within NASA for the original procedure to be followed. A number of factors seem to have contributed to the final decision, including the physical positioning of the astronauts inside the compact lunar lander, which made it easier for Armstrong to be the first to exit the spacecraft. Also, Armstrong was the Mission Commander, and other senior astronauts who would command later Apollo missions were not sympathetic to Aldrin's views. Apollo 11 Command Module Pilot Michael Collins has commented that he thought Aldrin "resents not being first on the moon more than he appreciates being second." 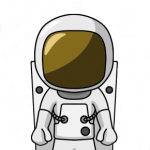 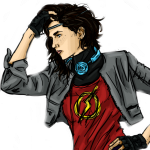